Rick Bragg writes a column for Southern Living Magazine titled “Southern Journal”. This journal entry for May is called “Donkey Business (How I went from a proud rancher of bulls to a jackass man)”.
Mr Bragg writes about feeling a bit ashamed about being a writer. He writes that he feels other southern men judge him for not having a more manly profession. In the column, he explains how his family’s property had Hereford cattle until one day his mother asked to sell them off because she’d been chased by one of the bulls.
Like most good southern children, boys especially, he wasn’t about to disobey his Mama and the cattle were no more.
Which resulted in him no longer being able to tell folks he “raised bulls”.
Apparently, his Mama then decided the land looked lonely and wanted miniature donkeys…wackiness ensues.
And now when Mr Bragg is asked by some “real man” what he does, he tells him he’s a writer because he surely doesn’t want folks to know they are mini donkey on his family’s land.
(P.S. Mr Bragg, you are a beautiful writer, shout it out with pride!)

This struck my funny bone. The humor and telling of the story.
It struck my heart too.
Once upon a time, I was a very young stay at home mom…not college educated…”just” a mom. These years were the happiest years of my life, which I would trade for absolutely nothing and sometimes wish I could revisit. But I remember being in groups of people and when it came time to share what I “did” I would say: I’m a stay at home mom.
I wouldn’t feel prideful when I said it, I would feel less than.
I knew it was the most important job I would ever have. I knew I wanted to raise my own children. I knew I wanted to be the person they could trust most in this world to keep them safe.
But at that time I assumed the “rest of the world” with their fancy degrees and their office jobs would just look down their noses at me.

I remember the first time someone looked at me with awe when I told them what I did. Clearly the “rest of the world” understood the dedication and love and work that went into being someone’s (Two someones.) mommy all the live long day.
I saw respect in that face. The respect I had earned through my hard work at this labor of love. The respect I deserved.
It took me a while to understand how to reconcile the way it felt. It seemed to me that I might be viewed by the “rest of the world” as someone of no importance because my worth wasn’t in my job like most of the people I knew.
Only it wasn’t my worth that was in my job. I had the most important (and lifelong!) job in the history of all jobs. My job was to help, create a foundation for the girls to build their lives upon. My worth was irrelevant in my job. My job was to start them on the paths to their own worth.

It wasn’t much longer I didn’t hesitate to say I was a mommy. When I tell people now that I was a stay at home mom for fifteen years, I say it with pride and joy. I say it as though nothing I’ve done (as “work”) before or since matters a fraction as much.

I’m forty four years old. It took me a long time to stop comparing myself to the “rest of the world” probably longer than it should have…but that’s a story for another day.
I am me. The me I am because of the live I’ve lived. The choices I’ve made. Being a mom made me stronger than I might have been otherwise.

Sure, they might be miniature donkeys instead of Hereford cattle…but they’re my mini donkeys. And I’m their Mommy.

One thought on “Say it proud!” 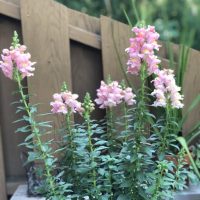