it’s all about your point of view

I’m eavesdropping on a conversation between Thing G and his mother. Apparently something happened at school today and she called to talk with him about it.
She got an email and has one version of the story and asked him to her his version.
He immediately gets defensive and says: I can’t really explain it.
She reads the email verbatim. (I know this because I can hear her clearly.)
He says: That’s not what happened.
She asks to be told what happened.
He repeats that he can’t really explain it.
She explains if he can’t explain his version how will she understand.
He gives a HUGE exasperated sigh.
She asks him not to get mad at her for trying to help him.
He says: I’m not mad. I’m just frustrated. You go on and on.
She pauses. (I can hear her pause.) Then she explains she’s trying to help him by understanding his point of view, how he was feeling at the time.
He sighs again.
She tells him she loves him.
He tells her he loves her too.
The call ends.
He returns to watching videos on his phone.

This exchange fascinated me. She’s a tough mom. She takes no prisoners. She calls him on his BS straight away. BUT she’s the first one making sure he’s getting everything he needs when it comes to his education. She needs his input to know how to respond to the teacher. She needs his input to make sure his particular educational needs are being met as laid out by his IEP.

YBW will come home and ask about this incident. He’ll say I got an email. He’ll say I know Mom already talked to you. He’ll clarify he just wants to hear what Thing G has to say.
Thing G will present with the same defensive attitude.

We’ve been working on trying to help him see what it is he presents to the world. His perception of his behavior is vastly different than how it’s viewed from the outside. Don’t get me wrong, we’re all like that. But in the case of this particular individual, he cannot seem to take the outside perception into account.
We’ve been talking to him about how his actions look. We’ve been trying to explain to him what is expected behavior of a fifteen year old boy. (Honestly, he behaves like my three and four year old preschoolers a great deal of the time.)
He’s too smart for his own good. He’s been accommodated in life and in school since he can remember. He manipulates it to his advantage.
He has so many excellent qualities and I absolutely adore him.
Sometimes it’s hard to get past the roadblocks. Some of these roadblocks are naturally occurring based on his diagnosis of ADHD and Aspergers, but some of these roadblocks he creates. He is literally his own worst enemy.

YBW and I were talking with him the last time he was at this house about how what he does and says looks to other people. He simply can’t see it. Whether he chooses not to see it or really can’t, is the question and none of us have the answer.
I found what I considered a perfect example on the fb page of a local community theater. We were at one of the performances and they shot a preshow photo of the audience. In the photo you can clearly see Thing C, me, Thing G, and YBW in the second row. YBW and I were reading the playbill, Thing C was smiling because he noticed the photo being taken. But Thing G, who had complained about going to the show since he got in the car was bent over at the waist with his head in his lap.
So I asked him what did he notice when he looked at that photo.
He told me he thought that guy looked tired.
I agreed and told him that he knew he was tired. (An excuse, because the moment the play started he was COMPLETELY engaged.) But then I pushed further, I asked him about the other audience members. I asked him to pretend he didn’t know that guy with his head in his lap. I asked him what he thought then. He repeated that he thought he looked tired.

I don’t know how to help him realize how he looks to the rest of the world.
I don’t believe he has to care all that much. He’s his own person, etc. BUT by behaving the way he behaves, he’s not presenting the complete picture of who he is.
Most of us strive to put our “best face forward”, it’s like he’s working hard to put his “worst face forward”. I understand not caring what the world thinks of you…to an extent.

He has been accommodated for so long that he utterly lacks skills to cope when things don’t go his way.
I’m not saying this is right or wrong. I’m stating fact.
He’s great as long as things bend to his will, but the moment he has to make accommodations…well, all bets are off. But that’s the way of the world. We all spend our days accommodating and being accommodated. It’s a delicate give and take.

I want the absolute best for this kid.
Helping raise other people’s kids is so much harder than raising your own. I can pinpoint each thing I did or did not do that buggered my girls. Where I failed, where I was successful. So it’s not that I think I’m the perfect mom and should be able to raise this kid who isn’t really mine.
It’s tricky. I love him. He is part of my brood. But I don’t really have a leg to stand on when it comes to him.

It’s hard to help someone that simply isn’t interested in being helped.
I experience it with him fairly regularly, but witnessing it today while he was on the phone with his mom was an entirely new way of seeing. 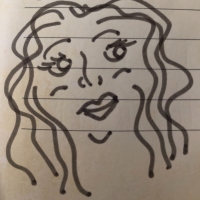 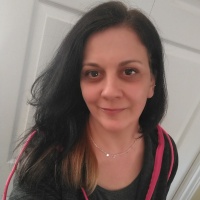 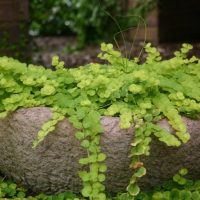